Viability of the Open and Obvious Defense in Wisconsin Premises Cases

A careful reading of the appellate cases, however, reveals that a relatively forceful argument can be made that the open and obvious doctrine continues to exist as a viable defense to premises liability claims in Wisconsin. At the crux of the argument is the distinction that the appellate courts have drawn between “ordinary” negligence claims and premises liability negligence claims. Recognizing past confusion over these two areas of negligence law Hertelendy v. Agway Ins. Co., 177 Wis. 2d 329, 336-37 (Ct. App. 1993) explained: “This meaning of the open and obvious doctrine - that the defendant owes no duty to the plaintiff - is not of unlimited application. It arose in common-law in very limited situations involving a landowner's duty to invitees or other special legal relationships. *** Wisconsin courts have repeatedly refused to apply the open and obvious danger doctrine to absolve defendants of any duty to warn plaintiffs of hazards where the landowner-invitee…relationship was absent.”

It is equally important not to confuse the use, in ordinary negligence cases, of “open and obvious danger” as a descriptor to characterize the nature of the danger the plaintiff confronted with its application in landowner-invitee cases. In ordinary negligence cases, the open and obvious danger doctrine involves nothing more than the determination, within the context of comparative negligence, that the plaintiff's negligence exceeds another's as a matter of law, precluding recovery.

Id. at 339. Rockweit by Donohue v. Senecal, 197 Wis. 2d 409 (1995) is often cited as having overruled the open and obvious doctrine, but this case makes clear that it only addresses “ordinary” and not premises negligence claims:

Distinguishing “ordinary” negligence analysis, wherein the negligence of the Plaintiff is compared with the negligence of the defendant, from premises liability cases, wherein the court is asked to find no duty as a matter of law, is crucial in distinguishing premises claims from more recent cases that reject the “open and obvious” doctrine. For example, Wagner v. Wisconsin Mun. Mut. Ins. Co., 230 Wis. 2d 633 (Ct. App. 1999) and Chartier v. Benson, 2015 WI App 20 are slip/trip-and-fall cases wherein the court rejected the open and obvious defense, but under the application of “ordinary” negligence analysis. These courts concluded that they could not determine as a matter of law that the plaintiffs’ comparative fault exceeded that of the defendants. A defendant can distinguish these cases on the basis that they do not examine the premises open and obvious doctrine, wherein a defendant seeks a ruling that it simply had no duty to protect the plaintiff. Indeed, Wagner even provided that, “[w]e are addressing the ‘open and obvious danger’ doctrine only as it applies to cases involving ordinary negligence,” 230 Wis. 2d at 639 n.4.

Thus, while against conventional wisdom, the open and obvious defense to premises claims is still apparently viable in Wisconsin. Even if not successful in motion practice, this defense could be used for purposes of gaining leverage earlier in settlement discussions. Of course, every claim is different; be in touch with the attorneys at Waldeck & Woodrow to discuss how this doctrine may impact claims and cases that you are currently handling. 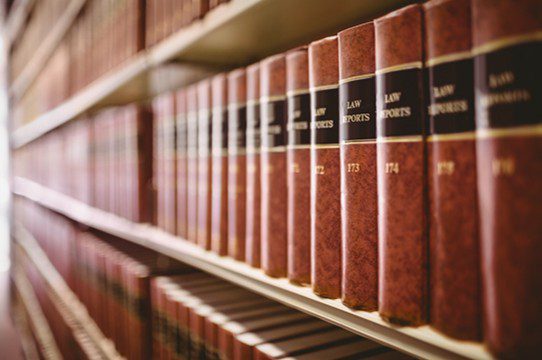