Of note, the amendment to Arbitration Rule 12 now imposes deadline of 30 days after the request is made for production of the mandatory disclosures, i.e.: medical reports, medical authorizations, employment records, itemization of benefits claimed and supporting documentation, and documentation supporting any claim denial. Rule 12’s admonition discouraging formal discovery pursuant to the Minnesota Rules of Civil Procedure remains; as does the rule’s provision allowing independent medical exams upon a showing of good cause. The addition of the mandatory 30-day deadline should help insurers and their counsel more quickly gather the information needed to assess arbitrated claims and to make determinations on issues such as claim valuation and case strategy.

The other significant change to Rule 12 involves the introduction of a procedure for motion practice, which previously was not included in the Rules of Arbitration. Rule 12(b) expressly notes, however that motions are discouraged, and imposes a meet-and-confer requirement before any motion can be brought. Rule 12 also requires that an arbitrator be appointed before any motion can be submitted.

Rule 12 provides that if a party fails to obey an order issued by the arbitrator, “the arbitrator may issue such orders in regard to the failure as are just,” including by imposing the sanctions set forth in Minn. R. Civ. P. 37.02(b)(1)-(3). The Rule 37 sanctions include: establishing issues as determined, barring claims or defenses or evidence in support thereof, and striking pleadings, dismissing the action, ordering default, or ordering a stay in proceedings until compliance is secured.

Amendments to Arbitration Rule 40 introduce a motion filing fee procedure whereby the moving party deposits $125 with the American Arbitration Association at the time of filing. The opposing party deposits $125 when responding. Of these sums, $100 is to compensate the arbitrator, and $25 is an administrative fee for AAA. The rule provides that, “[t]he arbitrator shall direct which party is responsible for the arbitrator and administrative fees, which shall be paid from that party’s deposited motion fee.” The other party is to have its motion fee refunded. Curiously, this rule leaves the arbitrator discretion in determining which party pays the fee, and does not expressly tie the fee refund to being declared a prevailing party.

The new 30-day disclosure requirement should help auto insurers more timely assess claims being asserted in arbitration and more efficiently make strategic determinations such as whether additional discovery is warranted, whether an independent medical exam is in order, or whether settlement should be explored. The new motion procedures provide a concrete way to resolve conflicts between the parties on issues such as compliance with an examination under oath notice, compliance with an independent medical exam notice, and stays of arbitration proceedings pending coverage determinations. Of course, all cases are unique. Be in touch with the attorneys at Waldeck & Woodrow to discuss how these updates may impact claims and cases that you are currently handling. 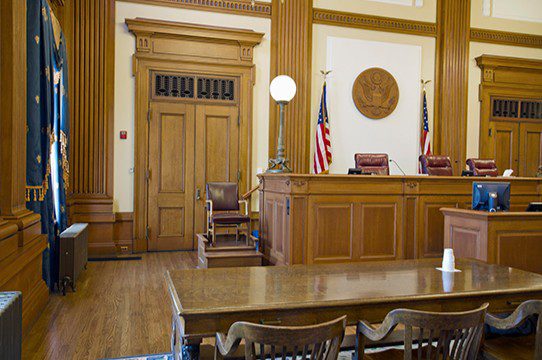