It has been the conventional wisdom in Minnesota that the Minnesota Dram Shop Act, Minn. Stat. § 340A.801 & .802, operates as a penal “strict liability” statute of sorts against restaurants and bars that overserve an alleged intoxicated person (AIP) that then injures himself/herself or dies, resulting in a dram shop claim from the AIP’s spouse and children. This conventional wisdom stems from several factors. First, Minnesota’s joint-and-several liability statute, Minn. Stat. § 604.02, historically held bars/restaurants jointly-and-severally liable to dram shop plaintiffs so long as they were more than 15% at fault. Second, Minnesota case law makes clear that an AIP’s fault cannot be imputed to the spouse and children for purposes of reducing the restaurant/bar’s liability under Minnesota’s Comparative Fault Act, Minn. Stat. § 604.01. See Paulson v. Lapa, Inc., 450 N.W.2d 374 (Minn. Ct. App. 1990); Bushland v. Corner Pocket Billiard Lounge, Inc., 462 N.W.2d 615 (Minn. Ct. App. 1990). And finally, a restaurant/bar cannot seek contribution from the AIP since “the intoxicated person could not be liable to his family for injuring himself, the common liability between the liquor vendor and the intoxicated person was lacking.”  Pautz v. Cal-Ros, Inc., 340 N.W.2d 338 (Minn. 1983). These principals often left defendant restaurants and bars 100% liable for dram shop plaintiffs’ damages, even if a common-sense evaluation of the case would indicate that the AIP should bear the brunt of the fault for his or her own intoxication and injuries.

This analysis arguably changed in 2003, however, when the Minnesota legislature amended Minnesota’s joint-and-several liability statute Minn. Stat. § 604.02 to raise the joint-and-several liability threshold from 16% to 51%. This change is consequential for restaurant/bar dram shop defendants as they can now argue that, so long as their fault is 50% or less when compared to the fault of the AIP or other restaurants/bars, they cannot be held jointly-and-severally liable, and can only be held liable for their respective percentage of fault.  Given the lack of sympathy that juries often have for AIP’s, and the attendant likelihood that juries will allocate high percentages of fault to AIPs on special verdict forms, this 2003 change has the potential to result in far fewer joint-and-several liability verdicts against restaurants/bars - wherein they are held 100% liable - notwithstanding the fact that they actually are responsible for a fraction of the actual fault. (Of course, determinations of 51% fault would still trigger joint-and-several liability with no right of contribution from the AIP).

Importantly, this defense is not an impermissible argument that the AIP’s fault should be imputed to the spouse and children under Minn. Stat. § 604.01.  It is merely an argument that a jury should allocate percentages of fault to culpable parties, regardless of whether or not they can be held legally liable to the plaintiffs. See Lines v. Ryan, 272 N.W.2d 896, 902-03 (Minn. 1978) (“when apportioning negligence, a jury must have the opportunity to consider the negligence of all parties to the transaction, whether or not they be parties to the lawsuit…[T]he apportionment must include all whose negligence may have contributed to the arising of the cause of action.”

While 2003 change to the joint-and-several liability statute occurred well over a decade ago, the above defense arguments are only now working their way through the district courts, and no Minnesota appellate courts have weighed in on these arguments.  However, this defense argument is bolstered by the fact that the dram shop special verdict form in the pattern Minnesota Jury Instructions, CIVSVF 45.90, includes a line for fault allocation for the AIP, and the fact that the Minnesota Legislature has considered restoring all dram shop defendants to default positions of joint-and-several liability. Minn. Laws, S.F. No. 1091, 85th Leg., Reg. Sess. (Minn. 2007), H.F. No. 561, 85th Leg., Reg. Sess. (Minn. 2007).

Of course, all cases are different. Be in touch with an attorney at Waldeck & Woodrow to discuss how this defense may be asserted in dram shop claims and cases that you are currently handling. 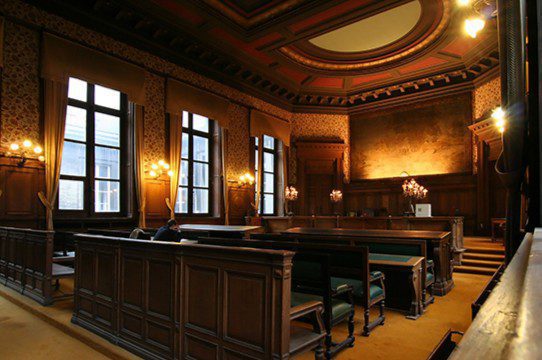