On October 16, 2019 the Minnesota Supreme Court published Getz v. Peace, 934 N.W.2d 347 (Minn. 2019), an opinion that substantially impacts how personal injury cases involving plaintiffs on Medicare and Medicaid should be valued. Getz interprets the Minnesota collateral source statute, Minn. Stat. § 548.251, which generally prevents personal injury plaintiffs from recovering medical special damages from an at-fault defendant if the plaintiff’s health insurer satisfied the medical bills arising from the subject injury. Specifically, Getz interprets the exception to the collateral source statute which removes “payments made pursuant to the United States Social Security Act” from the collateral source statute’s application, and concludes that plaintiffs on Medicaid are entitled to recover from an at-fault defendant the full “retail” value of the medical bills incurred, regardless of how much Medicaid negotiated and adjusted that sum down. The consequential significance of this holding is demonstrated by comparing a personal injury case involving a private health insurer to a personal injury case involving Medicare/Medicaid. For example, consider a scenario wherein a defendant is 100% at fault, and a plaintiff incurs $50,000 in medical bills, of which the private health insurer negotiates and adjusts away $20,000, and then pays $30,000. In this case of a private insurer, there are two possible outcomes:

Importantly, in either scenario, the plaintiff cannot recover the amount negotiated and adjusted away by the private health insurer.
Comparatively, in cases involving Medicare, because of the “payments made pursuant to the Social Security Act” exception in the collateral source statute, it has been established in Minnesota for a number of years that plaintiffs could recover damages for medical bills paid by Medicare even if no subrogation right had been asserted by these government health insurers. Renswick v. Wenzel, 819 N.W.2d 198 (Minn. Ct. App. 2012). Getz v. Peace now makes clear that Medicaid is included in the “Social Security Act” exception, and cements into law the conclusion that a plaintiff can recover the amount negotiated and adjusted away by the government insurer, even though neither the plaintiff nor the government insurer would ever have to pay these sums. Thus, when substituting Medicare/Medicaid into the previous example, if Medicare/Medicaid did not assert a subrogation right, the plaintiff would be entitled to recover and keep $50,000 for the medical special damages, even though Medicare/Medicaid had adjusted away $20,000 and paid the remaining $30,000. If a subrogation right was asserted, the plaintiff would still recover the $50,000 from the defendant but would need to satisfy the $30,000 subrogation interest. In both instances, the plaintiff recovers the $20,000 amount that was negotiated and adjusted away by the government insurer.

The Getz v. Peace case will likely impact the way personal injury cases involving Medicare/Medicaid are valued and resolved in Minnesota. Be in touch with the attorneys at Waldeck & Woodrow to discuss how this case impacts claims and cases that you are currently handling. 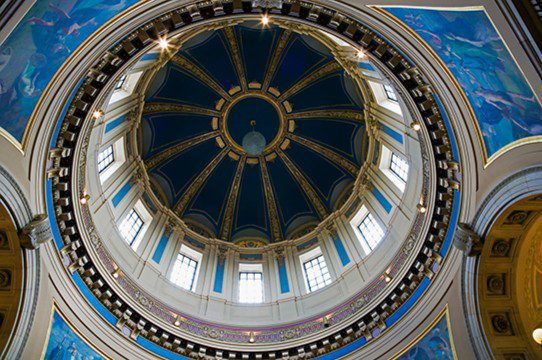